Malcolm J. Monlezun, CRNA was born into a large family, the sixth of 10 children, and raised in rural southwest Louisiana surrounded by water, cypress trees, rice farms, music and a rich French Cajun culture. He left home in 1970, his first semester of college being completed at the University of Paris in France as an international exchange student. He earned his undergraduate degree in Nursing at Louisiana State University in 1974, and completed his Nurse Anesthesia Residency at Texas Wesleyan University in 1977.

For the first 25 years of his post graduate career, Malcolm practiced in a 20-member anesthesia group in Lake Charles, LA while raising his young family. In his spare time during these years, he developed a sideline locum tenens solo practice, which awarded him invaluable experience working autonomously in rural hospitals providing surgical/trauma and obstetrical anesthesia services.

In 2002, he and his wife relocated to Colorado to join their now-grown children, who were establishing residences there. His locum tenens practice locations around the state were numerous, and afforded him the reputation and contacts that led to his co-founding and co-owning two MD/CRNA model anesthesia groups in the Denver-Boulder area through 2013. His passion for locum tenens work continued during these years as well, and he found a love for office-based practices, mostly in plastics and pediatric dental.

Today, with 40+ years of uninterrupted anesthesia practice, Malcolm, as an anesthesia practitioner and instructor, shares his wealth of experience and knowledge with medical students at Little Colorado Medical Center in Winslow, AZ. He also continues to maintain his locum tenens practice in the Denver area while enjoying his life on a small farm in CO with his growing family, and traveling with this wife of 45 years in their beloved Airstream named, “Beauty.” 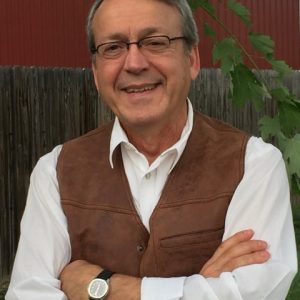