By Will Boggs MD

“I was surprised by how highly inaccurate these devices are for small children,” Dr. Matt Hansen from Oregon Health and Science University, Portland, Oregon told Reuters Health by email. “On average, they deliver almost double the intended dose.”

Dr. Hansen’s team examined the accuracy of direct injection of an infant dose (0.05 mg or 0.5 mL) of epinephrine from prefilled epinephrine syringes using the graduated lines on the syringes.

When they depressed the plunger to the 0.5-mL mark, thereby expelling the medication into a graduated cylinder, the mean quantity actually expelled was 0.9 mL (range, 0.5 mL to 1.3 mL), according to the February 27 JAMA Pediatrics online report.

Results were similar for two different brands of syringes (LifeShield and Luer-Jet).

“It is difficult to know how this may affect the outcomes of patients, though in my opinion it likely worsens outcomes by unintentionally overdosing,” Dr. Hansen said.

“I think the main message is that when administering small doses of epinephrine, the prefilled syringes are inaccurate and an alternate method should be used, such as using a 1 mL syringe attached to a 3-way stopcock or using a needle to draw the medication directly from the prefilled vial by puncturing the rubber plunger,” he said.

Dr. Hansen speculated that “there may be other commonly used medical products and devices, originally designed for adults, that have not been tested rigorously for infants and children and may not be as safe as we think they are.”

Dr. Payam Vali from the University of California, Davis School of Medicine in Sacramento, who recently evaluated the timing and route of epinephrine in a neonatal model of asphyxial arrest, told Reuters Health by email, “It is not surprising that there would be a larger margin of error when trying to administer smaller volumes (i.e., 0.5 mL) from a prefilled 10 mL syringe; however, I did not expect the volumes to exceed as much as 200% of the intended dose.”

“However, it is unclear whether administering twice the recommended dose (i.e., injecting 1 mL vs 0.5 mL or 0.02 mg/kg vs 0.01 mg/kg) has any adverse effects,” he said. “In the neonatal population, per the Neonatal Resuscitation Program guidelines, the calculated (or estimated) dose to be administered is drawn into a smaller syringe prior to administration, and, therefore, the findings from this study are less likely to be relevant to neonatal resuscitation.”

Dr. Vali added, “I should emphasize that pediatric and neonatal cardiac arrest are uncommon and rarely require epinephrine administration. Considering the infrequent use, as well as the expiration and high cost, manufacturing smaller (1 to 3 mL) prefilled epinephrine syringes may not be practical. Innovative syringe designs to accommodate neonatal, pediatric, and adult needs are sorely needed.” 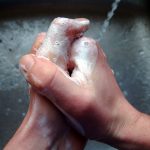